Walking side by side

Holyoake’s vision is to enable better futures for all communities through a holistic and inclusive approach of providing social and emotional wellbeing services.

We acknowledge Aboriginal and Torres Strait Islander peoples as the Traditional Custodians of Country and recognise their continuing connection to land, waters and community. We pay our respects to Elders – past, present and emerging. Having successfully implemented our Reflect Reconciliation Action Plan (RAP), we are now committed to moving to the next level with our Innovate RAP which was developed by the Holyoake RAP Committee and supported by representatives from the Mental Health Commission and the Swan City Youth Service.

Our Innovate RAP signifies our commitment to the journey of bridging the gap; to truly recognise the culturally unique and valuable perspectives and strengths that Aboriginal and Torres Strait Islander peoples bring to our organisation, our services and our teams. We re-affirm our commitment to further develop key relationships, to work in partnership with Aboriginal and Torres Strait Islander peoples, communities and services and to work on our heart, mind and spirit, so that we can better contribute to building strong and resilient communities together. 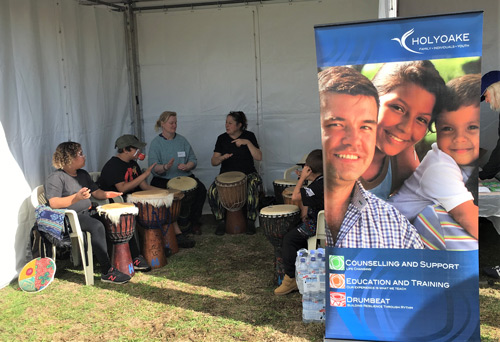 Holyoake was pleased to participate in the NAIDOC Week celebration at the Midland Oval on July 9. Many visitors of all ages experienced our DRUMBEAT program first hand… and could not get enough of it. Our counsellors also invited people to paint gum leaves to express what NAIDOC meant to them. It was an excellent event with plenty of activities, music, laughter and bush tukka. 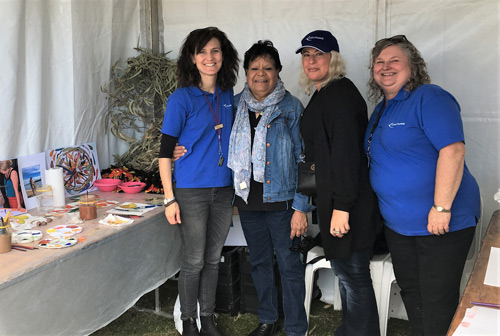 To celebrate NAIDOC Week 2018, we hosted a special Art Project on the theme of ‘Trees & Butterflies’. Renowned Noongar artist Ashley Collard helped members of the community and Holyoake staff to create works of art. 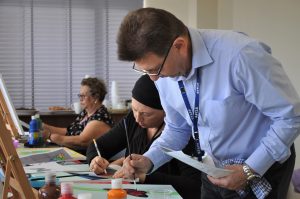 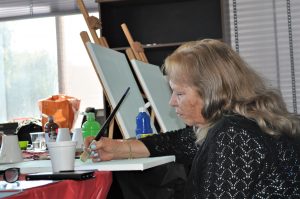 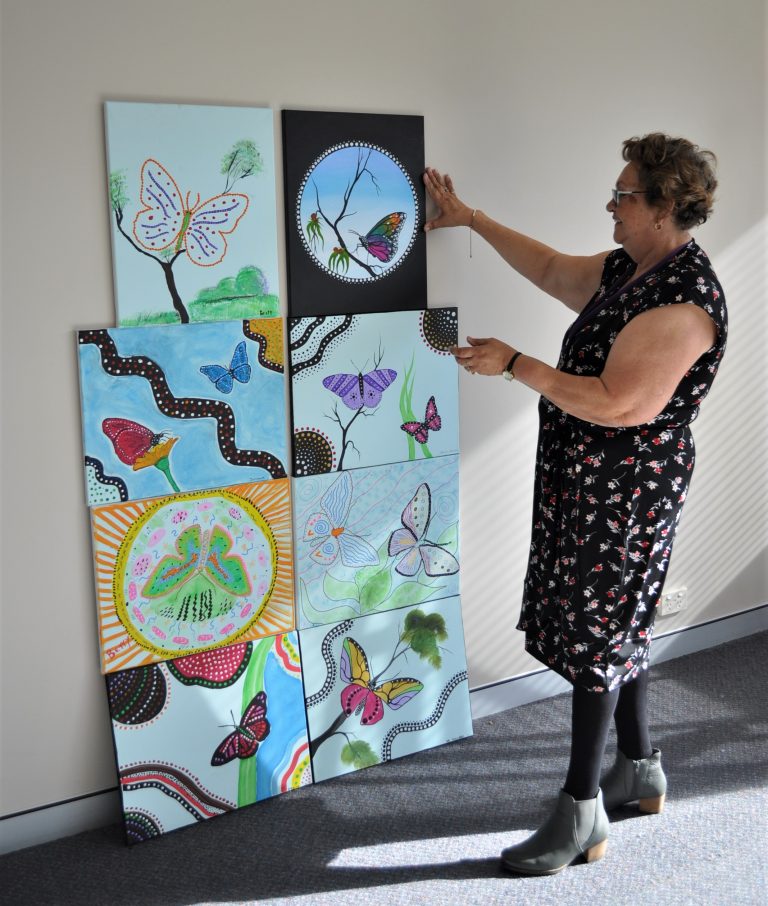 This Art Project is another expression of our commitment to meaningful Reconciliation. 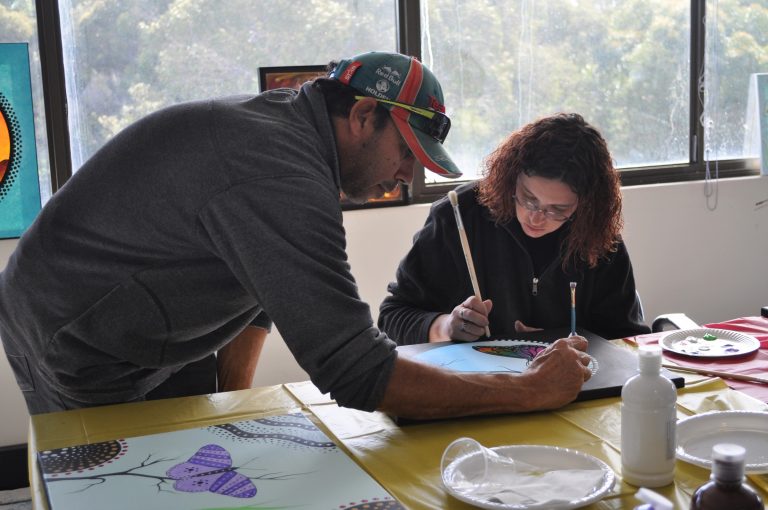 As part of NAIDOC Week 2018, Holyoake’s team in the Wheatbelt organised a memorable ‘Yarning & Art’ day in Northam. 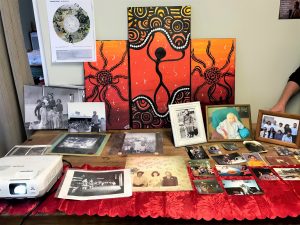 The team produced a stunning collage of Aboriginal art as they yarned about inspiring stories of days gone by. 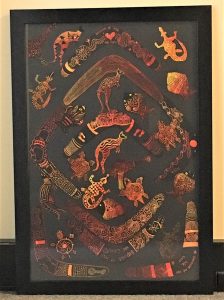 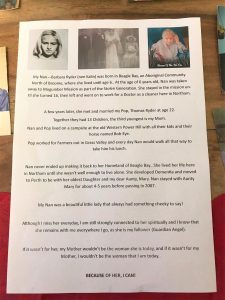 Yarning by the River

part of the National Reconciliation Action Week, Holyoake organised a ‘Yarning by the River’ activity on May 29. Marie Taylor, our Aboriginal Elder in Residence, shared some heart-warming stories about her culture and history. It was a memorable occasion on another beautiful day in Perth. 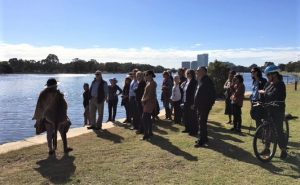 We launched our Innovate RAP plan during a meaningful and memorable ceremony during our Team Day on May 14, 2018.

Marie Taylor, our Aboriginal Elder in Residence, started the event with a traditional smoking ceremony – an ancient Aboriginal custom in which native plants are burnt to produce smoke to ward off bad spirits, acknowledge ancestors and pay respect to the land and sea of country.

This was followed by the official launch of our Innovate RAP by Mario Gallo, Holyoake’s General Manager Operations. 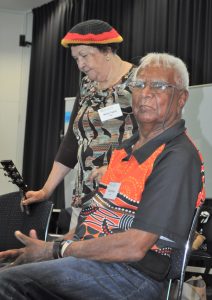 Marie then placed a branch in the middle of the room to symbolise a campfire around which we all sat for a yarning session with Marie and Aboriginal Elder Sam Dinah.

Sam Dinah is a respected Aboriginal Elder of the Najumooning tribe, and one of the oldest members of the Stolen Generation. Despite the tremendous pain, Sam shared memories of being forcibly removed from his family all those years ago. His thoughtful reflections and original songs about the Stolen Generations moved many to tears.

Our RAP launch event concluded on high note with two young Aboriginal men from Baldja Moort who captivated us all with their vivid descriptions of Aboriginal culture and skilful renditions on their digeridoos. 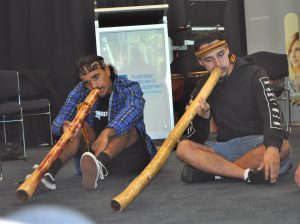 The Innovate RAP is yet another expression of Holyoake’s commitment to a meaningful reconciliation and to recognise the culturally unique and valuable perspectives that Aboriginal and Torres Strait Islander people bring to our organisation, services and teams.