Despite overwhelming statistics and research about the harmful effects of alcohol, our Government hesitates to increase tax on alcohol and impose strict advertising regulations – as it does with cigarettes. 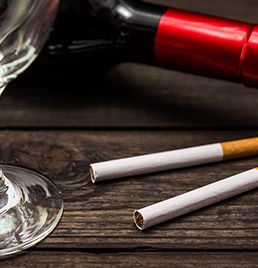 It took a staggering 50 years before tobacco companies finally admitted that cigarettes are harmful to health. The mid-1950s cancer consensus was clearly (albeit privately) shared by the companies; and the reality of addiction was also starting to be conceded – at least in internal industry documents*.

As we are well aware, cigarettes are now taxed heavily and subject to strict advertising regulations. On the other hand, alcohol is treated with kid gloves – despite evidence of the harm it causes to individuals and our society.

Many argue against restrictions on the premise of a nanny state. Sure it comes down to freedom and individual choices. However, this takes on a whole new dimension when the public cost is factored in. The Australian government spends more than $15 billion a year to manage the after-effects of alcohol – including emergency services, health, accidents, crime, and domestic violence**.

If individual choices can be restricted when it comes to cigarettes, why not alcohol?

Public sentiment is clearly in favour of action. A poll conducted by Galaxy Research this year indicated that 78% of Australians believe Australia has a problem with alcohol abuse and wanted more to be done to reduce the harm.

It’s time for the Government to step up and increase tax on alcohol introduce strict advertising regulations.

*The history of the discovery of the cigarette – lung cancer link, Robert Proctor **Collins & Lapsley 2008