When did you start using drugs?

Drugs have been a part of my life since I was 16. I’ve tried everything over the years – cannabis, LSD, ecstasy, morphine and heroin.

Since I suffered from depression, using heroin blocked my emotions and it was my way of coping. Even though I was using, I tried to function normally and had a job. I became good at acting like a normal person but I was suffering inside and addictions ruled my life. 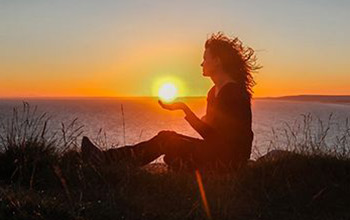 Did you try to quit?

I tried to quit many times but it wasn’t until I was 28 that I’d had enough and stayed clean for 3 years. That was when I had my daughter and it was the best thing I had ever done. Unfortunately I suffered from severe post-natal depression, and drugs were the only way I thought I could deal with it.

What were the consequences?

I lost my daughter to her father and got kicked out of my own home. I was jobless and stayed with family and friends. There were times when I wouldn’t eat or shower for days – all I could think about was how to get my next hit. I got arrested and the court suggested I get help from Holyoake.

How are things now?

I received counselling from Holyoake, went to support groups and worked hard at staying clean. It hasn’t been easy, quitting drugs means facing a lot of things that hurt. I am now 34 years old and have been clean for over a year. Thanks to Holyoake, my life is becoming more manageable. I am learning new things about myself. I learnt what my triggers are and what could make me relapse.

How do you feel about the future?

I am taking it one day at a time and am better for it. I am building trust with my family and friends and making amends. I am going through the courts to get access to my daughter and am determined to be the best mum I can be. If I was still doing drugs, I would be either dead or in a gutter, so now my future is a bit brighter.

Read more about our programs or email clientservices@holyoake.org.au for more information.