Veronica McGuire, a proud Balladong Noongar woman from the Wheatbelt area, looks back at her growing years and reflects on changing times.

“We never had a house, just a camp out in the bush. We helped to wash, clean, cook and look after our younger siblings. Mum cooked in a camp oven, and over an open fire. We cooked damper in the ashes. We had to carry water from about a mile away, at a farmer’s well where my Dad worked. When work wasn’t busy for him we’d come and live on the reserve at York. Every time we went back to the reserve, Dad would have to rebuild our home, then when we left again we’d just leave it there. The reserve was really a place special for Aboriginal people. It had a swimming pool – the river – and one tap where we all got water from. It had toilets but nothing else. 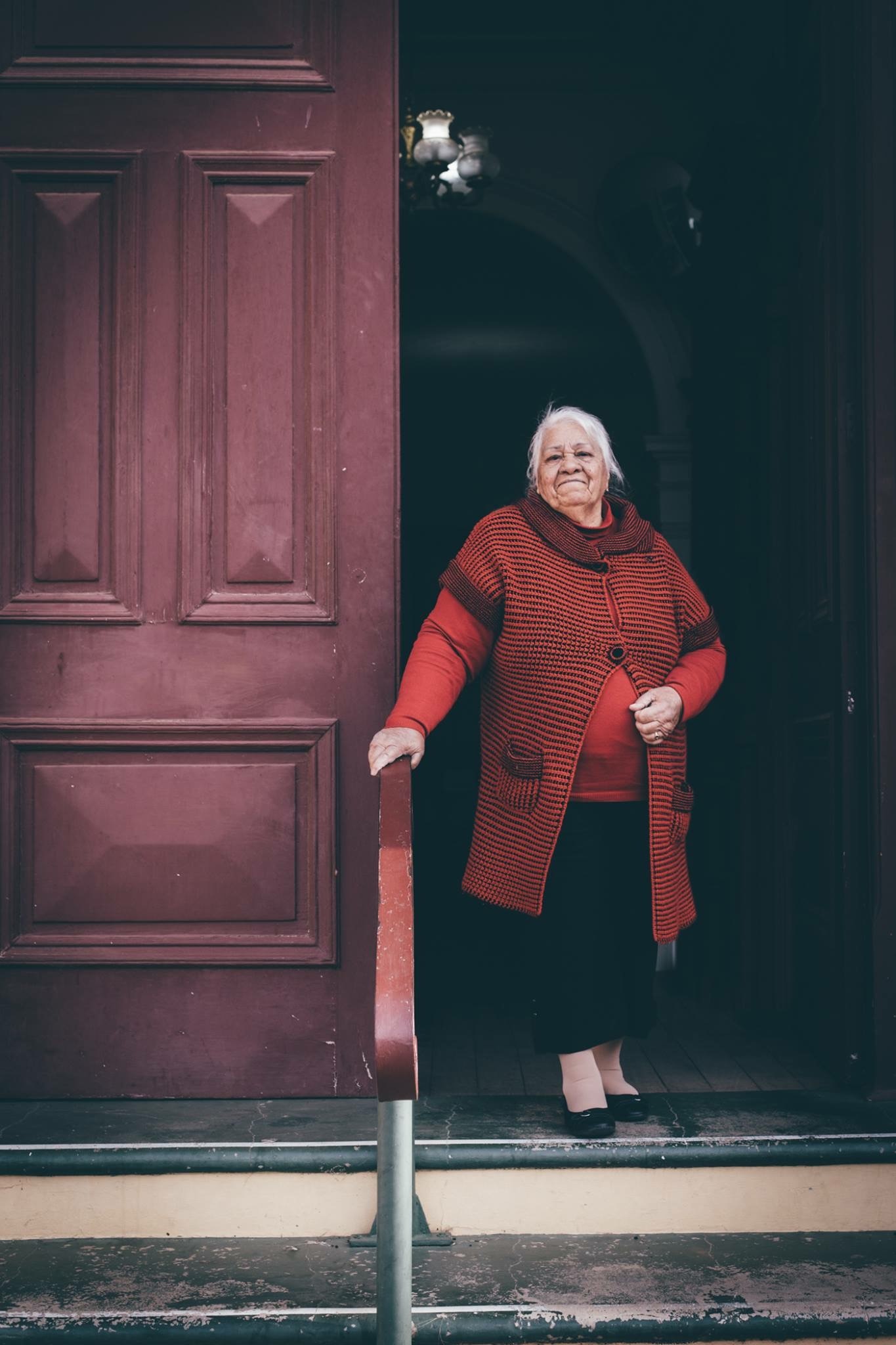 We travelled from York to Quairading, Beverley, Kellerberrin, back to Northam, back to York. We were moved by work or a death or sickness in the family. All we had was a horse and sulky and we would always walk alongside it when we were travelling because the sulky carried food and clothing with little extra space for six, seven or eight kids.

When we were out in the bush we spoke our language, but when we were in any of the towns we were told not to and warned that our Dad would be taken away if we did. We had to stop talking our language because they didn’t know what we were saying. Our language was nothing nasty or bad, it was just our common speak that we enjoyed talking.

I worked on farms from the age of nine. We used to save our money from that work and Dad would take us to Northam to buy our Christmas presents. We’d go but he would have to leave us four miles out of Northam and walk to the police station to get a permit to take us in. If we were still in town at 6 o’clock we would have been arrested and put in jail.

Dad was working and Mum was at home looking after all the little children, so the older kids had to come to York to do the shopping. When I came to York from the reserve, we would have to look out for the big black cars. Because they were hanging around to take Aboriginal kids away. When we saw them… we would run. And we’d run all around town, over barbed wire fences, rip our skin, pull our hair or whatever because we never had good shoes, and sometimes we were bare feet. So we had to run to get away. And that happened for a long time. Sometimes we’d only get a few of the groceries before we’d have to run. People in the town didn’t care a damn. No one would help us, no one would give us any advice, no one would say “Come in here until they are gone”.

Later my sister and I worked in York and came down on the train at 6 o’clock in the morning and left at 8 o’clock at night. We worked for the local butcher and his wife – washing aprons and ironing – for about 10 years. They were so good to us. They joked and talked and we bought our meat there. But then after work, sometimes the guard wouldn’t stop the train on the way home at our station. He’d take us four miles out and we’d have to walk back late into the night. Even though we told him it was our stop he didn’t care – “too bad”.

When we were teenagers, the Coolbaroo Aboriginal dance was on at the Town Hall. They’d have a band from Perth and a cup of tea or a meal. There would be three or four buses of people from Perth, and people from Northam too. We used to go as often as we could. But after that we would walk the seven miles back to where we were living, at about 11 o’clock at night. It was a dangerous walk, we were scared of snakes and bulls charging us.

My family always taught us to be loving, caring and respectable. We always did what our parents, aunties and uncles told us. But we were rejected and barred by most people. When we went to the tea room in York to get a milkshake they’d give it to us in a takeaway container. One of my oldest cousins once asked if he could sit at the table – but he was refused. “Take your drink and go”. When they used to give us our change they would throw it at us. Didn’t matter about our character or any reference we had, that’s how we were all treated. You’d walk in somewhere – “Oh, you people aren’t allowed in here, you’re barred. Keep going. Don’t come here, we’ll get the police.”

Things have changed now. I am happy that my children and grand kids have a better life and more opportunities. I have taught them our Noongar language and hope that they will always honour our culture which is the oldest in the world.”

Veronica has eleven children – including Claire McGuire who is a Counsellor at Holyoake. Claire is part of Holyoake’s Reconciliation Action Plan committee. Click here for more details.