The joy of throwing the angry mat away

The joy of throwing the angry mat away

Sitting in the teacher’s office, listening to her saying those things about my 7-year old daughter Sara*. I felt so low. I knew Sara was angry, she would lash out at us at home and end up on the angry mat; but now it was becoming an issue at school. I really wanted things to change for her and for us as a family. 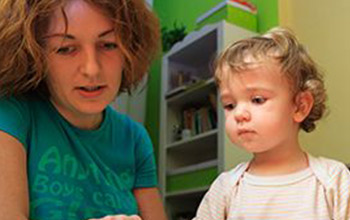 the impact on Sara. She gets angry and refuses to go near him when he is under the influence.

I sought support for myself with Holyoake’s Relationships in Focus program. This really helped as I gained skills to cope with the situation. Sara and I then participated in their Art and Play Program in which we spent some wonderful time together strengthening our relationship and being creative with a supportive counsellor.

When this program ended, the counsellor suggested the Young People’s Program which was created especially for children like my daughter.

In the beginning, Sara was very hesitant about counselling. She wanted to stay with me. The counsellor was patient and waited until Sara was ready to come in by herself. Then one session, that is what she did. This was a very big step for her.

Having completed eight sessions so far and bringing in new limits at home, the change in Sara has been amazing. She is not as angry, doesn’t lash out at us like she used to and has settled into a good routine at home. So much so that reflecting on how far she had come, I said to her, “I don’t think we need the angry mat anymore.” It felt so good to say those words.

I can’t thank Holyoake enough for their support. I know many families are struggling with issues related to alcohol and drugs. Rather than suffering quietly, I urge you to reach out to Holyoake for help. You have nothing to lose and everything to gain.

Click here to read more about our counselling programs.